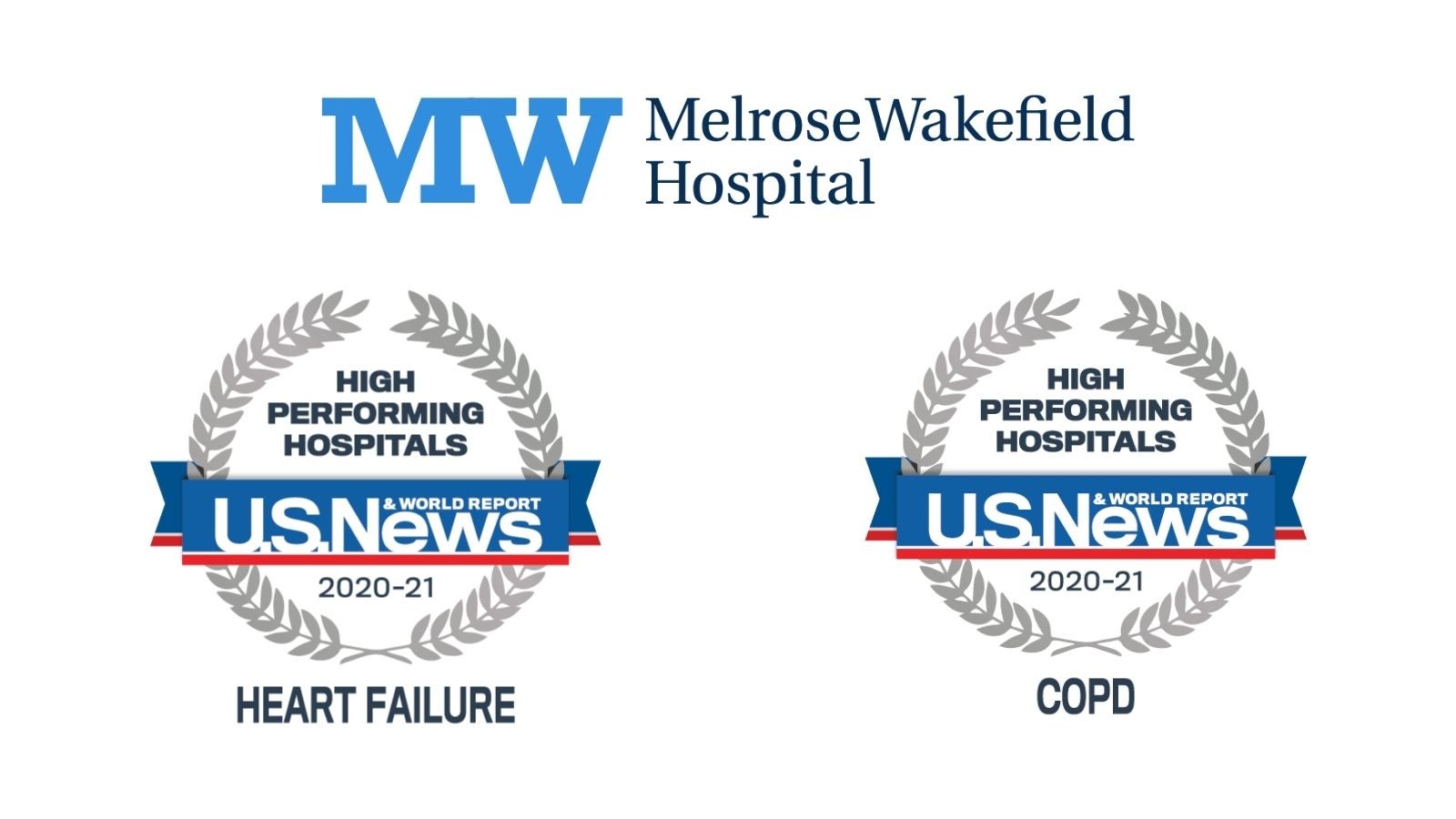 Local residents receiving care for heart failure or chronic obstructive pulmonary disease (COPD) at MelroseWakefield Hospital are receiving the highest levels of care in the region according to the latest hospital rankings released by U.S. News and World Report.

In the magazine’s annual Best Hospitals rankings, treatment for heart failure and COPD at MelroseWakefield Hospital are listed as High Performing for the region.

“We are pleased to be recognized by U.S. News and World Report,” said Sue Sandberg, CEO of MelroseWakefield Healthcare. “These lifesaving specialties and the MelroseWakefield Hospital physicians, nurses and other staff providing that care have set the standard for high performance in the region.”

In addition to the complex care evaluated in the Best Hospitals specialty rankings, U.S. News and World Report rates hospitals for their performance in treating more commonly occurring conditions and medical procedures.

The regional hospital rankings complement the national rankings by including hospitals with solid performance nearly at the level of nationally ranked institutions. The regional rankings are aimed primarily at consumers whose care may not demand the special expertise found only at a nationally ranked Best Hospital or who may not be willing or able to travel long distances for medical care. The U.S. News and World Report regional rankings give many such patients and their families more options of hospitals within their community and in their health insurance network.

Hard numbers stand behind the rankings in most specialties—death rates, patient safety, procedure volume, and other objective data. Responses to a national survey, in which physicians were asked to name hospitals they consider best in their specialty for the toughest cases, also were factored in.