When a stroke hits close to home 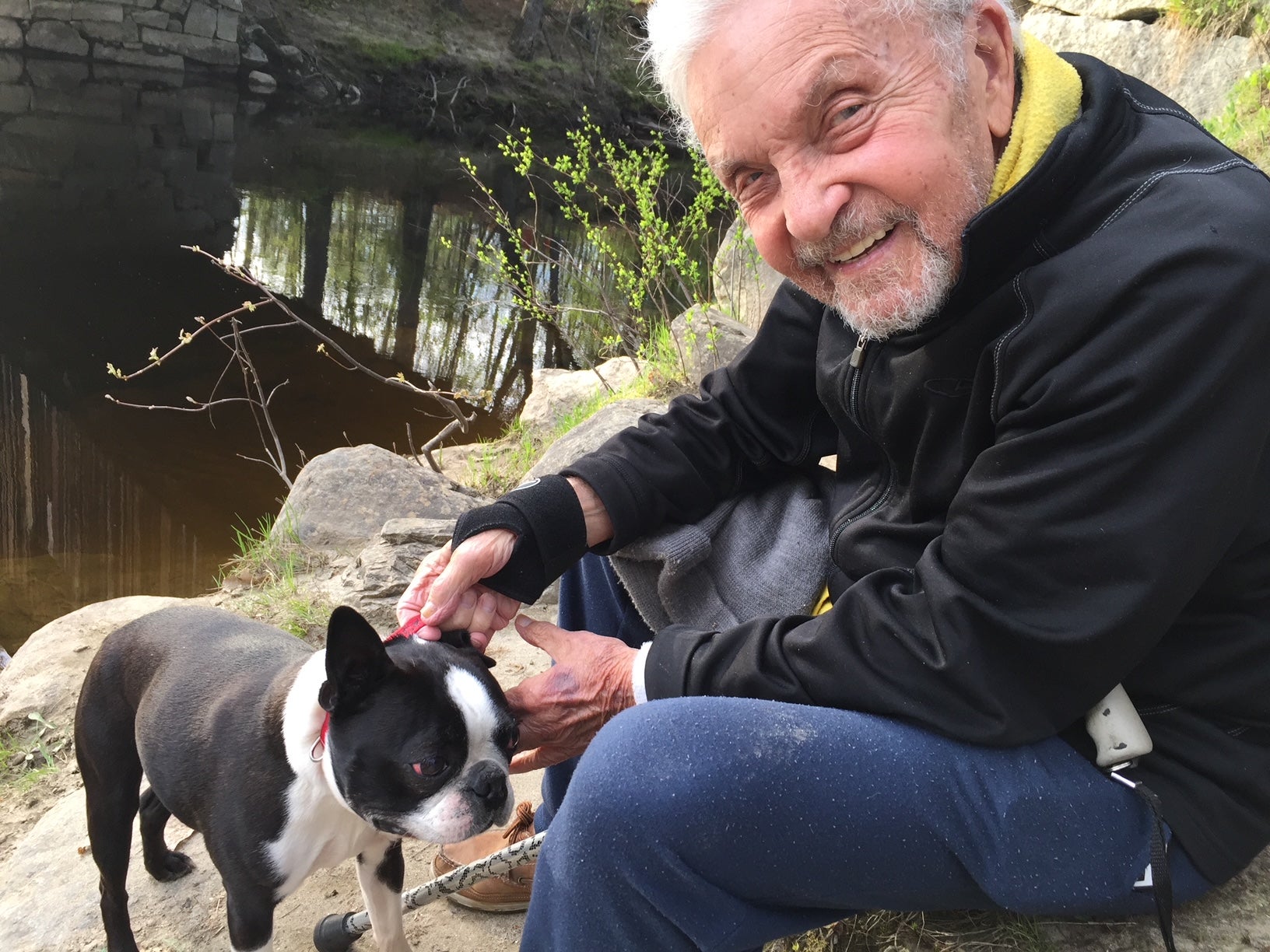 Melrose resident Donald Rosen didn’t notice any of the signs, but the quick actions of his family, first responders, and the stroke team at MelroseWakefield Hospital helped save his life when he suffered a stroke earlier this year. Mr. Rosen, 90, was found unresponsive in his home by a family member.

“I’m not sure exactly how long I had been unconscious, but I’ve been told that it had been about 20 minutes or so,” he said. EMTs rushed Mr. Rosen to MelroseWakefield Hospital, a Massachusetts designated primary stroke services hospital, where his treatment began immediately.

“When it comes to treating stroke, timing is extremely important,” said Alexander Walker, MD, chair of emergency medicine at MelroseWakefield Hospital. “Essentially, during a stroke there is a four and one half-hour window in which to get treatment. If appropriate treatment is delivered in that time, there is a chance of reversing the effects of the stroke.”

“Mr. Rosen was having a life-threatening stroke, and every minute counted if we were to try and restore blood flow to his brain and save his life,” said Erin Fisher, MD, associate chair of emergency medicine and chair of the stroke committee at MelroseWakefield Hospital. “He was experiencing a large vessel occlusion, one of the most severe types of stoke. This type of stroke affects a large portion of the brain and can have devastating effects.

Realizing that time was of the essence, the stroke team at MelroseWakefield Hospital administered tissue plasminogen activator, tPA, the drug used to break up the clots that cause blockages or disruptions in the flow of blood to the brain, and which helps restore the blood flow to the area of the brain and stabilized him.

Mr. Rosen was then transferred to Tufts Medical Center in Boston, where he received a thrombectomy, a surgical procedure to remove the clot which was blocking blood flow to his brain.

Because MelroseWakefield Hospital had administered tPA so quickly and transferred him to Tufts Medical Center for thrombectomy, Mr. Rosen regained his ability to speak and all of the negative effects of his stroke were reversed.

Mr. Rosen’s daughter, Janice, who was out of town at the time of her father’s stroke, was thankful for the level of communication and coordination that took place. “The team at MelroseWakefield Hospital was calling me with updates and details while I was on my way back to Melrose.” “Having a local hospital with a strong stroke program is such a blessing,” said Janice Bedsole. “MelroseWakefield Hospital helped save my father’s life that day. We are so grateful and thankful for everything and everyone who took care of him.”

If you experiencing any of the signs of stroke,” added Dr. Walker, “including face droop, arm or leg weakness or trouble speaking, don’t delay your care and call 9-1-1 immediately. We are here to take care of you and you’ll be safe with us.”

MelroseWakefield Hospital received the American Heart Association Get With The Guidelines Silver Plus Stroke Award, is recognized as one of America’s 100 Best Hospitals for Stroke Care by Healthgrades and is a Paul Coverdell National Acute Stroke Program.